Cryptomator 1.1 for Windows, OS X, and Linux is out now! We’ve added a password strength indicator and sync conflicts are now being detected. 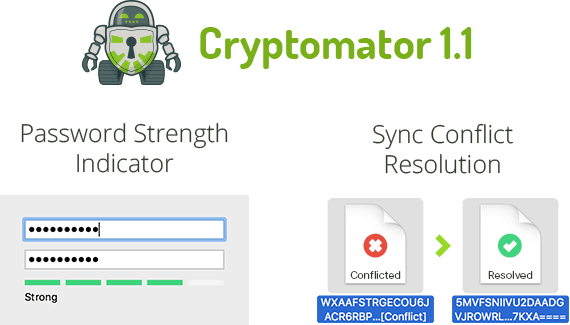 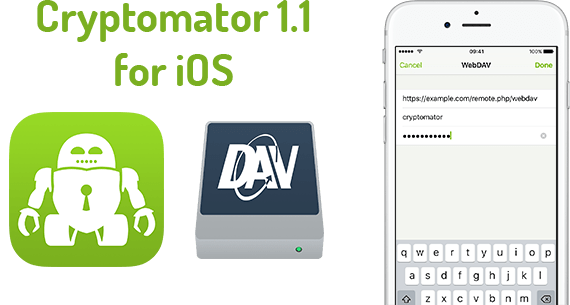 We started implementing a prototype of the Android app and will keep you updated shortly! Stay tuned.

After pressing "Proceed", you will be redirected to our PayPal site.

Credit card payments are securely handled by stripe. We will not be able to see your card number or CVC. Please expect to be charged by Stripe.

Important: Credit card plausibility checks might fail when using anonymizing services such as proxies or Tor.

Monthly payments can be canceled anytime.

Thank you for your donation to Cryptomator! Your payment was successful and you'll get to the Downloads page in the next step. Happy crypting!

Select the crypto currency in the next step. After pressing "Proceed", you will be redirected to our CoinPayments site.